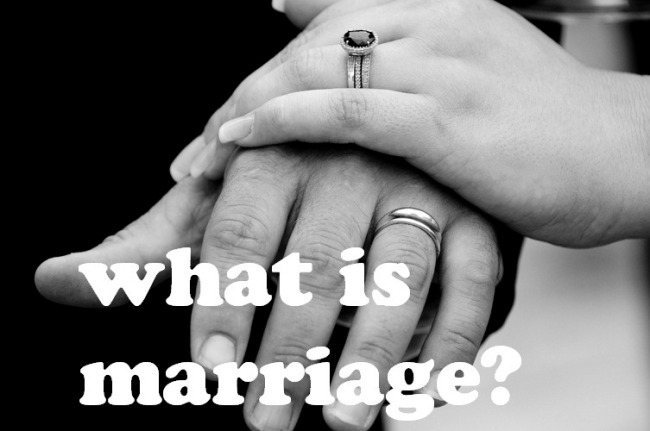 What does the Bible say about marriage?

There is really very little consistency in the books of the Bible as to what really defines marriage.  Shall we have one spouse or multiple?  Is divorce ok or not?  Exodus 22:16 says that if a man rapes a women all he has to do is pay a price and he gets to marry her.  Good thing we don’t follow that one today.  I have found only one verse (1 Timothy 3:2 & 12) that says a man should only have one wife.  In that instance the writer is specifically talking about overseers and deacons and not necessarily about everyone.

What about Jesus?  Jesus didn’t really say much about who should marry.  His main statement is that there should be no divorce and boy we aren’t very good with that one.  In that verse he says, “But I tell you that anyone who divorces his wife, except for marital unfaithfulness, causes her to become an adulterer, and anyone who marries the divorced woman commits adultery.”  Matthew 5:22.  Many people argue that since Jesus said wife and did not talk about a husband’s husband or a wife’s wife that marriage is between a man and a woman.  My question to them would be why would he?  The question of homosexual marriage was not happening in their time.  If he started talking about irrelevant things then he would have become irrelevant.

Going back further to Adam (or Mankind as it could be translated, Eve meaning the source of life), there is a contradiction in the two creation stories that is worth looking at.  Many discuss that the two become flesh as meaning that God wanted male and female to partner up in marriage.  However in Genesis 1:27 it says that God created man (Adam) in his own image, in the image of God he created him, Male and Female he created them.  So they are already of the same material.  They are already of the same flesh.  So why would God (Elohim) in Genesis 1 create them in the same image and God (Yaweh), in chapter two create them differently?  Which is correct?

In Genesis 3 the story continues and Yaweh declares that the woman will be ruled by the male. (Vs. 16) By the way, that belief in male domination is about the only consistent marital connection throughout the Bible.

Also we must take into consideration that the writers of Genesis lived in the days when a man could have multiple wives and taught according to that belief.  Paul however said that you should only get married if you burn for another.  1 Corinthians 7:9-10.

1 Corinthians 7 also says that divorce is ok in some circumstances, that according to Jesus was not.  But according to the Pentateuch it is ok.  So which is right?  Isn’t Jesus supposed to be the final answer and yet our churches are full of divorced people?  Many of them are in leadership too, but that isn’t what the writer of Timothy says.

Colossians 3:18-19, 1 Peter 3:1 and Ephesians 5:22-33 all tell women to submit to their husbands as we do to the Lord.  There is no equality in this. We submit all things to the lord.  Our entire life is given up and we serve him faithfully.   Is this what women want? Do women want to serve the husband?  To give up their entire life and follow the man wherever he goes without getting explanations?

Of course we have rejected this idea and want a partnership in marriage.  We want one spouse for life.  But if that somehow does not work out, there is forgiveness and you can be reinstated in the church and in life.  There is no real sound definition in the Bible.  The only definition is what we want to believe it is.  Maybe that is how God left it.  For us to decide who we want to love.  After all, he loves us all and created us all, so why shouldn’t we be able to love that person who God created for us?